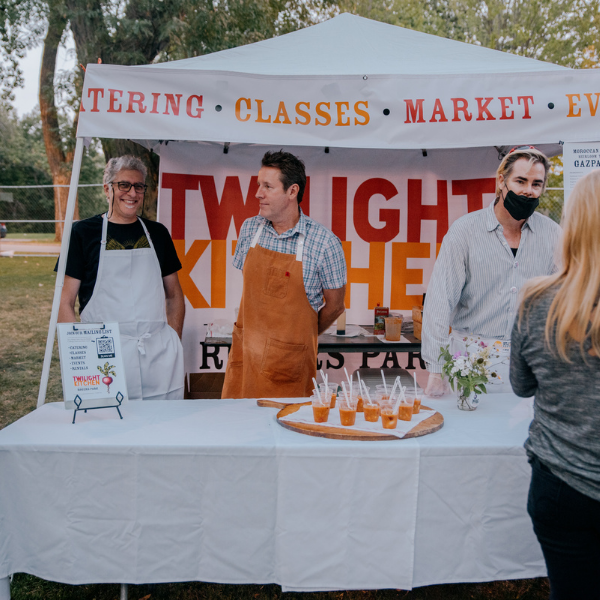 Christopher Sullivan is the chef and owner of Twilight Kitchen in Rogers Park. From 2011-18, Chris was the Executive Chef of Ikram Cafe. Prior to that he worked with Chicago's One Off Hospitality at Blackbird and Avec. In NYC, Christopher worked at Bouley, Union Pacific, and Home Restaurant. He has been a baker and busboy, a bartender and chef, a wine steward and manager, and a server and cook. Chris has often served multiple roles within the same restaurant; learning all aspects of the restaurateur & food service industry. In addition to local pop-up “Twilight Dinners” and private catered events, Christopher launched Twilight Kitchen, at 7135 North Clark Street, in November 2021. This is his industrial meal prep, food emporium, market, classroom and private event space in Chicago’s Rogers Park neighborhood.