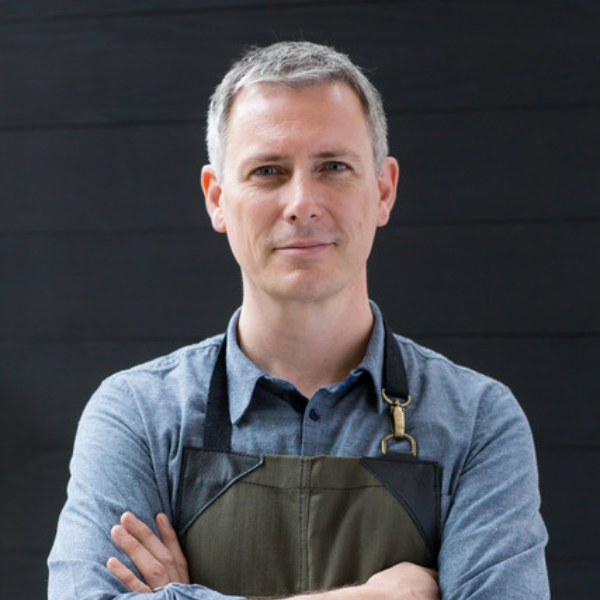 Zimmerman serves as the executive chef at nationally acclaimed Sepia and Proxi, both in Chicago’s West Loop. He has garnered international attention for his inventive, American cuisine, earning Sepia a Michelin star every year since 2011, as well as a AAA Four- Star rating. He has been recognized by the James Beard Foundation as a nominee for the “Best Chef: Great Lakes” award and StarChefs.com chose him as a 2011 Rising Star Chef.
In his 20s, while following a life-long dream to become a musician, Chef Zimmerman supported himself by working in restaurants in New York City. When he realized he enjoyed being in the kitchen more than the clubs, he pursued a career as a professional cook. Chef Zimmerman worked as sous chef for three years under Renato Sommella, whom he cites as one of his strongest culinary mentors. He then enrolled in the prestigious French Culinary Institute in New York City, graduating first in his class in 2000. In 2003, Zimmerman moved to Chicago to assume a chef position at the Park Hyatt Chicago and the following year, met restaurateur Terry Alexander, who was impressed with his capabilities and hired him as executive chef at MOD and opening chef for del Toro.  In 2008, he was introduced to Sepia Owner Emmanuel Nony, and the following year, Nony offered Zimmerman the executive chef position at Sepia. As their business partnership strengthened, Nony and Zimmerman set their sights on a second concept, and together created a second space inspired by their travels and passion or ethnic food. In 2017, Zimmerman and Nony opened Proxi, right next door to Sepia. Proxi gives Zimmerman a chance to experiment with new techniques and flavor profiles as the contemporary American restaurant pulls inspiration from global street food.