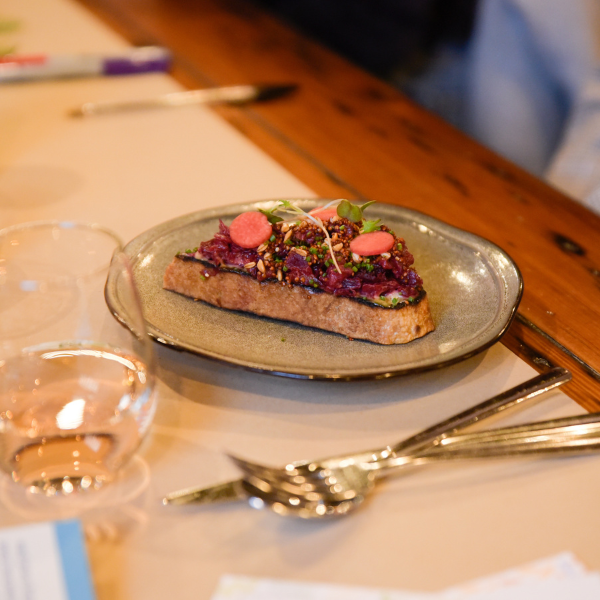 Born and raised in the outskirts of Houston in Spring, Texas, Carlos Cruz first learned the ropes at a young age, he spent a brief amount of time working in the kitchens of Phoenix, Arizona under James Beard award-winning chef Christopher Gross, before being drawn to Chicago’s growing culinary movement. Taking a position at the city's beloved BOKA restaurant under Chef Giuseppe Tentori, Cruz spent over two and a half years on the line. With the help of Tentori, Carlos then embarked upon a year-long global hiatus, securing a 3-month stage at Copenhagen’s Noma restaurant, widely known one of the most acclaimed restaurants in the world. He then jumped into another 3-month stage at Barcelona’s Roca Moo, the sister restaurant of three-Michelin-star El Celler de Can Roca in Girona, Spain. Upon returning to Chicago, Cruz spent the next two and a half years as Sous Chef of 7-time Michelin starred restaurant, Longman & Eagle (GQ Best New Restaurants in America) before taking on a position as Executive Chef at several 16” on Center’s restaurants, Cruz embarked on a 3 month hiatus, backpacking in South America and eating his way through San Pellegrino’s list of The World’s 50 Best Restaurants. Upon his return he assumed the role as Culinary Director for 16"OnCenter for 5yrs. He led Culinary Operations at Saint Lou’s Assembly, MONEYGUN, Good Ambler, The Promontory, Pizza Friendly Pizza, Duseks and The Ruin Daily.