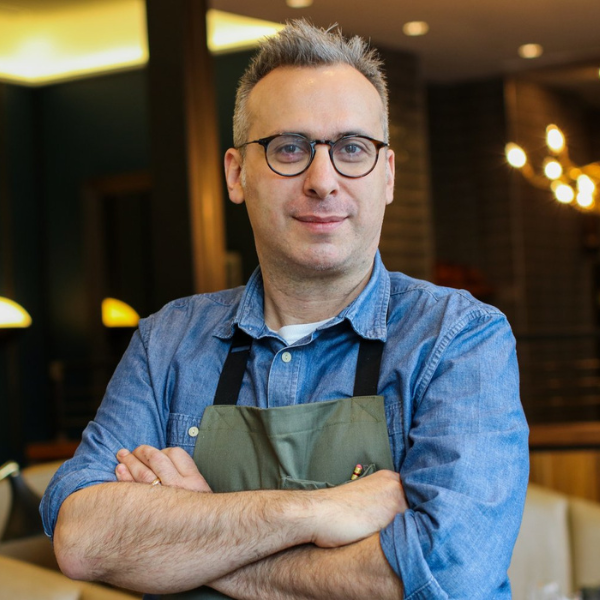 A native of Olympia, Washington, Chef Jacob Saben graduated from the Culinary Institute of America in 2004 before launching his career at The Herbfarm, an iconic Pacific Northwest restaurant and early pioneer of the farm-to-table movement.

Jacob next hopped the pond to continue his culinary education in Europe.  He spent some time cooking at a restaurant in Gloucestershire, England before coming back to the States.  In 2008 he joined the team at Graham Elliot as an Executive Sous Chef; he later went on to become the Executive Chef at Graham Elliot Bistro.

Next, Jacob moved on to One Off Hospitality Group and a Chef de Cuisine position with The Publican.

Jacob was welcomed into the Coda di Volpe family as the restaurant's new Executive Chef in late 2021.  Chef Saben's culinary style is undoubtedly ingredient-driven: simpler dishes made up of robust components and prepared with precision. Jacob is excited to bring a fresh perspective to the Coda di Volpe menu, while maintaining the restaurant's strong Southern Italian roots.

When he isn't in the kitchen you can find him immersing himself in music or spending time with his wife and their toddler son, Sebastian.